Delicate Dynamics of Intimacy: The Effects of Early Relational Trauma 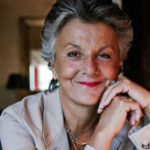 Tune or out of tune with those who bring us into this world from conception onwards. Our nervous systems are fashioned by nature to resonate with the nervous systems of others to achieve a sense of balance and connection (Schore, 1999), and these early interactions become the neurological templates upon which later interactions are built. Did we feel safe and held in our parents’ arms? How did we experience their touch? Were they interested and able to read our little signals and our attempts to communicate with them, and did they respond in an attuned and caring manner? Or did we feel dismissed or even as if we were a burden or somehow a disappointment? A combination of both? Could we put a smile on their faces just by being part of their lives? These early experiences knit themselves into the very fabric of our mind/body system and pattern our capacity for intimacy.

Early experiences knit themselves into the very fabric of our mind/body system and pattern our capacity for intimacy.

Neuroception Guides Our Mind and Body

We fall back on our more primitive defense systems—such as fight, flight, or freeze—only when we fail to find a sense of resonance and safety in these early connections. (Porges, 2007). We have built into us our personal security system that assesses, in the blink of an eye, whether or not the situations that we’re encountering are safe or in some way threatening  (Porges, 2004). Neuroception, a term coined by Stephen Porges,  former Director of the Brain-Body Center at the University of Illinois at Chicago, refers to a perceptual mind/body system that has evolved to enable humans and mammals to establish mutually nourishing bonds and/or to tell us when we might need to prepare for danger. It involves our innate ability to use intricate, meaning-laden, barely perceptible mind-body signals to establish bonds and communicate our needs and intentions. While many of these communications are conscious, more occur beneath the level of our awareness in that part of us: our animal self (Porges, 2007). These conscious and unconscious interactions form a foundation upon which further intimate interactions grow.

According to Porges (2004), our neuroception tells us if we can relax and be ourselves or if we need to self-protect. If the signals that we’re picking up from others are cold, dismissive, or threatening, that neuroceptive system, which is part of how we process relational trauma, sets off an inner alarm that is followed by a cascade of mind-body responses honed by eons of evolution to keep us from being harmed. In trauma engendering interactions, “people are not able to use their interactions to regulate their physiological states in a relationship . . . they are not getting anything back from the other person that can help them to remain calm and regulated. Quite the opposite, the other person’s behavior makes them go into a scared, braced-for-danger state. Their physiology is being up-regulated into a fight/flight mode,” says Porges. This failure to successfully engage and create a sense of safety and cooperation can be experienced as traumatic by a helpless and vulnerable child.

Relational trauma can occur at very subtle levels of engagement or a lack thereof, as well as in its more obvious forms of living with abuse, neglect, illness, or addiction.  And this mind-body system sets off the same kinds of alerts whether we’re facing the proverbial sabor-toothed tiger in the pine forest or a “sabor-toothed” parent, older sibling, or spouse in our living room or bedroom.

Trauma in the home and our early experiences has a lasting impact. When those we rely on for our basic needs of trust, empathy, and dependency become abusive or neglectful, it constitutes a double whammy. Not only are we being hurt or dismissed, but the very people we’d go to to restore our sense of calm and connectional the ones causing it. Our neuroceptive system is up-regulating and bracing for danger with the very people we wish to run to for safety. “Trauma impels people both to withdraw from close relationships and to seek them desperately (Herman, 1997). The profound disruption in basic trust, the common feelings of shame, guilt, and inferiority, and the need to avoid reminders of the trauma that might be found in social life all foster withdrawal from close relationships. But the terror of the traumatic event intensifies the need for protective attachments; therefore, the traumatized person frequently alternates between isolation and anxious clinging to others”, says Judith Lewis Herman in her book Trauma and Recovery.

Later as adults when we partner and parent, we import our attachment styles from early family relationships into our new adult families, we tend to repeat and recreate in other words, what we experienced as children or, in one of those psychological conundrums exactly the opposite.

Later as adults when we partner and parent, we import our attachment styles from early family relationships into our new adult families, we tend to repeat and recreate in other words, what we experienced as children or, in one of those psychological conundrums exactly the opposite.

Clients who have been traumatized in their intimate relationships can find it difficult to connect with others comfortably. The dependency and vulnerability that is so much a part of both adult and childhood intimacy can trigger a person who has been traumatized in their early interactions into the defensive behaviors that they relied on as children to stay safe and to feel whole rather than splintered. To heal this form of relational trauma, we need to understand what defensive strategies we used to stay safe as kids and then shift these behaviors to be more engaged and nourishing both within our relationships and ourselves as adults. After all, if we constantly brace for danger and rejection, we are likely to create it. It can become a self-fulfilling prophecy.

Ask yourself these questions:

When emotional pain remains split off, it becomes somehow invisible to the naked eye, but it does not disappear. When we enter committed relationships in adulthood, our powerful urge to attach triggers our early attachment experiences, and we tend to do what we know. We recreate our attachment patterns from childhood of yesteryear, relationships in our adult relationships of today. We need to repair childhood hurt somehow, and if the repair doesn’t happen at or near the moment of the pain, it will need to happen later. Being in loving and committed relationships and raising children is nature’s second chance at repairing our own childhood wounds.  But without understanding the dynamics of how early pain can become an unconscious driver for recreating the same kinds of dysfunctional patterns that we grew up with, we may easily and rather seamlessly bring the most painful parts of our past into our relationships today. And we won’t even recognize what we’re doing.