What Is Racialized Trauma?: Resmaa Menakem and the Work of Racial Healing

As a young child, Resmaa Menakem used to sit with his grandmother on the couch and rub her hands. One day as he studied them, he asked her why they were so thick and rough compared to the rest of her tiny, delicate body. What she told him would stay with him for years and eventually lead him to where he is today.

Her hands were a product of the cotton picking she helped her father with from the age of four. The cotton she picked had burrs that would cut her hands, until eventually she developed calluses that protected them from bleeding. Decades later, in her old age, the effects of picking cotton as a poor black sharecropper’s daughter were still right there with her, in her hands. And in her telling of her story, those effects were passed on to her grandson.

Menakem’s work focuses on racialized trauma, the mental and emotional effects of racism and discrimination against people of color.

In fact, what Menakem, now a therapist and trauma specialist based in Minneapolis, realized was that the effects had been passed on by more than just his grandmother’s telling of her story. In a very real way, the trauma she experienced as a young black girl has been passed on through her body and into the bodies of her children and grandchildren.

What Is Racialized Trauma? 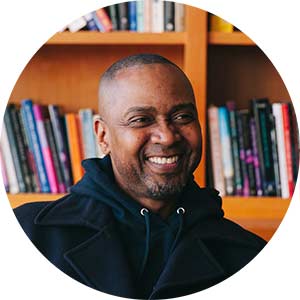 Menakem’s work focuses on racialized trauma, the and emotional effects of racism and discrimination against people of color. While the concept of racialized trauma is not new, Menakem’s approach to the subject is novel. His focus is not on individual trauma, but communal trauma — particularly the way communal trauma is carried through the bodies of the people affected by it.

Where an individual can experience specific instances of racialized trauma, they can also be affected by trauma that hasn’t directly happened to them. In fact, entire communities can be affected by trauma indirectly. As racialized trauma is passed down through generations, it becomes decontextualized, but the trauma is internalized and remains in the body nonetheless. This trauma – decontextualized, internalized racial trauma – makes recognizing and healing racialized trauma more complicated than simply addressing the specific racism a person has experienced in his or her lifetime.

…simply being a nice white person will do nothing to begin to undo the centuries of white body supremacy that has been woven into our society.

Menakem also focuses on what he calls white body supremacy, which is how he prefers to rename the more widely used term white supremacy. He posits that for centuries, the white body has been put forth as the standard of humanity, making any deviant considered defective. And in fact, many institutions, for generations, made it their goal to prove that the black body was the antithesis to this white body standard. This idea has been so woven into our society that it has been internalized by both white people and people of color. This is one of the major forces of racialized trauma for people of color, particularly because it’s so entrenched in society that it often goes unnoticed and unaddressed.

The Work of Healing Racial Trauma

Menakem’s work has been focused on how to begin to articulate these ideas, to bring them into the light and understand them from a cultural perspective. By doing this, he hopes to allow individuals of color — or individuals of culture, as he likes to call them — to stop internalizing the idea that their bodies are somehow defective. At the same time, he hopes to help white people address their own views of the white body and the black body so they no longer see bodies of color as somehow less-than. In essence, he wants us as a culture to examine this long-held view, unhook it from our collective consciousness and bring into existence a fuller idea of what humanity is.

How this is done is heavily dependent on what group of people he is working with. Because of the deep, vulnerable, bodily nature of racialized trauma, he believes white people and people of color need to do the work separately before they work together. Otherwise, re-wounding can easily happen. So he works separately with white people, people of culture, and police as well, since there is a history between police bodies and bodies of color that also needs to be untangled.

The end goal of this work is to create a culture around anti-racism—it isn’t enough for individuals just to try not to be racist. The idea of white supremacy is baked into the cake, he says, so simply being a nice white person will do nothing to begin to undo the centuries of white body supremacy that has been woven into our society. This is not an individual pursuit. It is—and must be—communal.

Resmaa Menakem Is Now a Senior Fellow at The Meadows

We’ve seen this play out throughout the country and the world over the last year, as issues of race, racism and racialized trauma have come to the forefront of our collective thinking. There have been positive steps toward realizing the communal and cultural nature of racialized trauma and the racism embedded in our society, but those steps have come with the realization that there is still much work to be done. Resmaa Menakem is at the forefront of that work, actively working with and training communities and organizations toward change — and ultimately, he hopes, healing.

As racialized trauma is passed down through generations, it becomes decontextualized, but the trauma is internalized and remains in the body nonetheless. 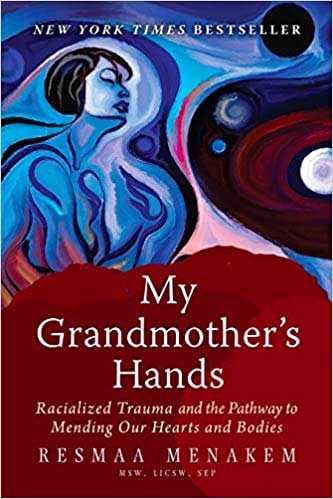 Menakem has written a bestselling book, My Grandmother’s Hands, addressing the issue of racialized trauma, and he has released free e-courses along with it. He wants to get this information to as many people as possible, so he has created different platforms for the information to be disseminated. He also works with specific communities, black and white, powerful and oppressed, privileged and underserved, to train them on these concepts. And now, his collaboration as a Senior Fellow with Meadows Behavioral Healthcare will add even more depth to our focus on emotional trauma in all of our treatment programs. We are excited to expand our knowledge and understanding of how race and trauma interact, as well as how we can best help our clients work through such issues on a deeper level.